Babajide Sanwo-Olu, the governor of Lagos State, has praised his deputy, Dr Obafemi Hamzat, who turned 57 on Sunday.

Sanwo-Olu lauded Hamzat as a dependable and devoted friend and partner in the “Greater Lagos agenda” in a statement released by his Chief Press Secretary, Mr Gboyega Akosile.

“On behalf of my He said, “On behalf of my darling wife, Ibijoke and the good people of Lagos State, I heartily congratulate my reliable, hardworking, dependable and committed brother, friend and partner in the Greater Lagos agenda, Dr Obafemi Hamzat on his 57th birthday.”

Mudashiru Obasa, the Speaker of the Lagos State House of Assembly, hailed Hamzat as a devoted democrat and administrator in a statement released by his media office.

He said, “Hamzat is a committed democrat, administrator and one who is greatly appreciated for his whole-hearted contributions to the growth and progress of our dear state.”

Obasa praised Hamzat’s commitment to making Lagos one of the best cities in the world as a team player.

“He has constantly shown himself an important team player and this has helped us in the government to keep aiming at the moon in our zeal to make Lagos one of the best places, not just in the country, but among notable cities across the globe. I appreciate you for your contributions to governance and urge you not to relent in your love for Lagos,” he added. 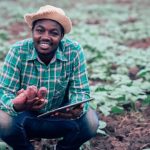 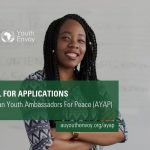