Franklin Emeka Ozomah, a talented Nigerian movie poster designer, has stated that there are numerous benefits to Nollywood as a worldwide recognized industry from Nigeria, adding that he has relished every minute of his involvement in this creative environment dealing with a diverse spectrum of audiences.

Ozomah, an award-winning graphics artist with seven years of industrial experience, stated that discovering the abilities he naturally possessed, such as his artistic skills, concept development, and drive to explore the creative world, was one of the things that helped him go far and today be celebrated as the best poster designer.

He added that he needed to go further to develop these skills so as to perfect his outputs and comprehend the nitty-gritty of the job, and that when accumulating materials and the necessary technologies, he needed to understand their operational mechanisms in order to make his job easier.

I am a product of grass to grace. I wasn’t inspired to do what I am doing today because of a need to compete with anyone. Rather, my motivation was to develop my talents and contribute my quota to the development of other people’s creative works.

No matter how talented you are, you still need to nurture your raw skills by way of training in a formal setting, so you can be well groomed and also acquire abilities to face challenges and overcome them. – Ozomah said

Since his debut in 2016, Ozomah has appeared in numerous Nollywood projects, promoting films that have since gone on to become best-sellers, including Omo Ghetto The Saga; Rattle Snake; The Ghost; The Tout; Battle On Bukka Street; Rattlesnake; Living In Bondage; Christmas In Miami; Ayinla; Obara’m and The Johnson’s, Oloibiri.

Ozomah has received recognition for his achievements in the business, including accolades such as Toronto International Film Festival Best Movie Poster 2020 (The Session) and Niaja Graphics Designer Top Poster Designer 2022.

What Ozomah basically does is develop the greatest graphical presentation of freshly released movies in posters to create a striking draw to the general audience, and Ozomah’s designs have been considered among the best in the movie industry.

Other films include Dante’s Inferno, Dinner At My Place, Exit Plan, The Stand Up Movie, The UnderDog Diary, FatBulous, Win or Lose (directed by James Amuta), and Passport (directed by Demeji Ajibola). 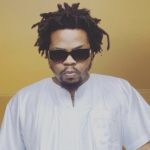 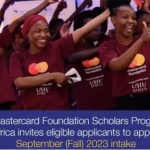